The picturesque undulating hills and valleys of the Siena territory, characterized by medieval hill villages, are home to our Luxury Villas in Siena.
Siena territory is central Tuscany, world-renowned for its fine wine, delectable olive oil, and charming hilltop communities. A splendid fresco with its rolling hills, magnificent cypress trees, precise rows of vineyards, and silver olive groves.
The Chianti wine region is home to some of the best wine estates in the world, producing rich, dark Chianti wines. The area is also home to some of the most beautiful towns in Italy, including San Casciano, Panzano, Greve in Chianti, Radda in Chianti and San Gimignano).
Crete Senesi, to the south, is named from the clay hills that produce a stark and barren environment (with the walled town of Montalcino and its world-famous Brunello wine). Pretty hilltop communities abound, connected by long winding roads ideal for leisurely sightseeing and peaceful contemplation.
Siena is a well-preserved example of Tuscan Middle Ages architecture. The city (UNESCO World Heritage Site) is home to several Gothic palaces, churches, and museums loaded with Gothic art. It is situated on seven hills and features narrow cobblestone streets and alleyways.
Siena strikes you as a place locked in time the moment you see it; since the 1300s, Siena’s streets have hardly changed.
The spectacular fan-shaped Piazza del Campo is the beating canter of the city’s old parishes, who battle against one another in the famed Palio (dating back to 1310). Palio is a heady mix of medieval pomp, ceremony, and passion, ending in a frantic, bareback horse race around the Campo. The city’s principal attractions are crammed into a maze of narrow medieval alleyways near the square. The unique black and white striped cathedral and the majestic medieval Torre del Mangia are unmissable. 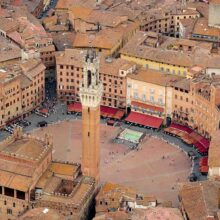 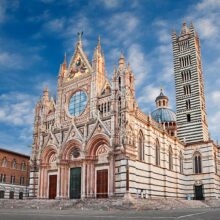 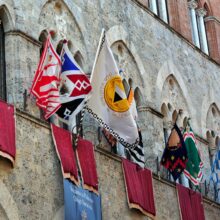 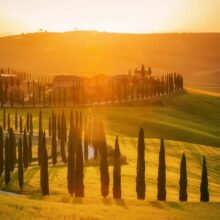 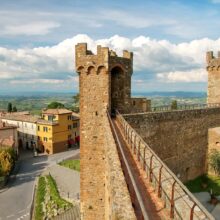 The medieval fortress of Montalcino in Val d’Orcia
Luxury mansions and stone farmhouses with breath-taking views of the countryside and the stars sky above the beautiful swimming pools are among our Siena villas. We offer huge, renovated farmhouses in the Tuscan hills that are ideal for a family gathering. Almost all of our villas in Siena feature air conditioning, which you’ll appreciate during the long, hot summers in Tuscany.
A holiday in Siena in one of our villas with private pools is more than just a holiday rental; it ensures you will experience the authentic Tuscan way of life.

A stunning countryside villa with private and exclusive pool in Toscana, only 9Km to Montepulciano and other fantastic cities.

If you're looking for an holiday in real Tuscany mood, Villa Orange, an old restored cascina with private pool, finally is the eprfect location for yo and your ...

Subscribe to our newsletter to receive
deals on our best villas